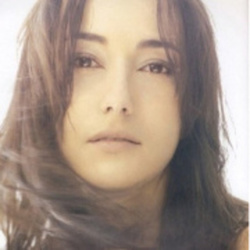 Went to the zoo the other day for the first time in like 15 years. It's a lot smaller then I remember it, and I think they took away some of the animals. I'm not too sure... I guess when you're a child everything seems enormous and vast. Anyways, here are some pics.

This is the creepiest thing in the zoo. Bats. There were about a hundred just hanging around this dark dank room. I'm getting chills just writing this!

Aaawwwww!! This guy is so darn cute!!!! Look at those eyes. I wanted to take him home with me...

Polar bears in NYC. I'm kinda on the fence about this one. It is really cool to be able to see them so close and especially in New York. But I get the feeling this ain't no North Pole for them. They must be pretty hot and uncomfortable. It's cute though! Also wanted to take this one home with me too.

These monkeys were so beautiful. They looked like old hippies with their long grey hair and lazy dazy attitudes. Yes, I wanted to take them home too...

Yes, they actually had a common black angus cow at the zoo. Interesting... Have that many people in this world not seen cows in the flesh? And is it a desire of many a visitor to the zoo to see a cow?

This little guy was hilarious! He was actually running for the door. We ran into him on our way into the Petting Zoo and he was running as fast as his slow ass legs could take him. Brave turtle. Then out of nowhere came a zookeeper who scooped him up. You could just imagine him screaming, "NNNNOOOOOO!!!!!!!"

Raffi
wow, looks like you're getting into this blog thing. great! it was fun just reading it!
over 15 years ago