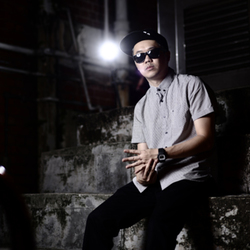 Wonder if our brain is getting fried everytime we use the cellphone...haha

Poor lady. Even with Dalai Lama being her friend, I guess she's not Buddhist by the comments she made. She's going down a few notches. Some underground cats are answering back to her flash of ignorance and potent spray of a sentence which essentially dissed all the victims of Sichuan and also China. Check it out:

The "P" in politics stands for "Puppets." The world's been so messed up by Bush's foreign policy, but the funny thing is I kind of respect him and his goons for pulling the wool over everybody's eyes and getting "the" agendas through. Bush was a good adversary in a game with no opposition. Saying that, I think he sucked and what they did to the world is pure Evil. Let's hope that one of these guys below will stand for the people rather than the corporation. Get the power back to the people! Who's...Read more

That's right, things are getting clutter around my room so, I wanted to shout-out to my favorite tees. I love tees that stand for things or have messages. There's one or two here that I don't rock but still I keep them hanging around for collecting. As you can see I mostly have black and white tees.

The tee of our CD launch and Delay No Mall Party

Yup. Why was I walking around 6am? Well, that day, 24Herbs got a cameo in a movie coming up and it started early! So, if you ever wanna feel HK without people, this is the best time.

This is a response to Prodip's blog "HAARP". Haarp is a research place that studies the Earth's Ionosphere for enhancement of communication and surveillance systems for civilian and defense purposes. That's what they say. On the flip side, can they change this to a weapon? This video is lights in the ionosphere above China just before the Earthquake:

When Al Gore shows us a documentary of 'Global Warming' we take it in and accept it as truth. At least I did. The media will say the manic weather happens because of Global Warming. But, there is an opposition that says 'Global Warming is not true'. I say this 1 hour video today and I'll summarize what it's about below. Check it: http://www.augustreview.com/wrapper/Global Warming says the 'climate is changing.' Well, guess what, the clim...Read more

Waddup. It was only a few weeks ago, that I've dug into this topic. It started with a couple of friends talking about the Illuminate which lead to weather control and finally ended at God is an alien...it was one of those drunken talks and I left feeling like a crazy-headed conspiracy theorist. It left everybody tired with unanswered questions. I went home and wanted to see if there's any truth in a secret group that dominates the world. Surprisingly, there's quite a lot of info and I blogged my first findings in "New World...Read more

Learning lots of new knowledge these past few days. I'm still digesting it in my mind, but will summarize it for y'all soon. In the mean time, use those brain muscles and see what we're up against. Keep well everyone.

DV.INT.1.I put this together for y'all. I interviewed a beat-making producer from the New York/New Jersey named "Kasper." We met through Myspace and was visiting HK. Turns out he's a cool guy, into meditation and making dope beats and just completed his project " Big In Japan Vol 1." His crew "The Ratt Pakk" have produced for Juelz Santana, Bravehearts, The X-Ecutioners, Dipset, KRS-One to name a few and also, featured on Midnight Club 3 Dub Edition(which I've recently been playing alot)...Read more