Forgive me blogspot for I have sinned. It's been 4 months since my last submission. 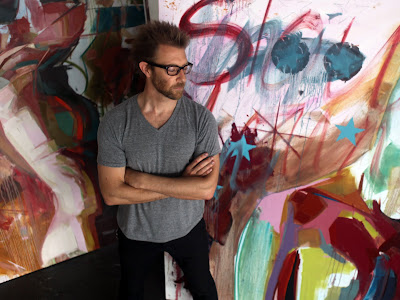 I have been extremely busy working on a number of projects all at once.

The first was the rebuilding of Hope and Glory in Beijing which opened to a very warm welcome May 2nd. It was a big deal to us all involved that it didn't end up in the trash and we were able to find a way to re-stage a streamlined version of the show in SongZhuan, or Eastern Art District. 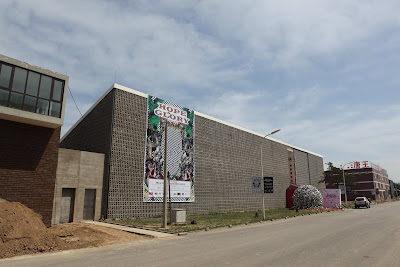 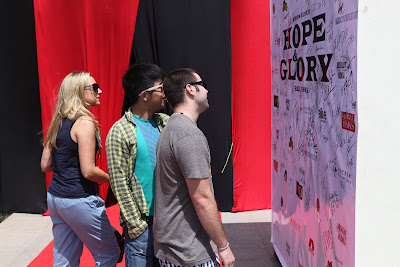 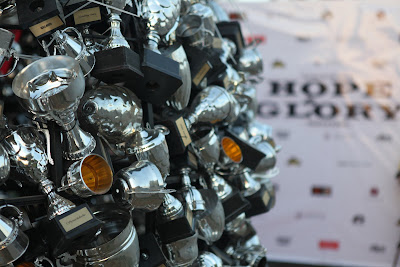 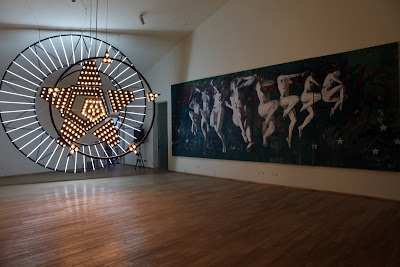 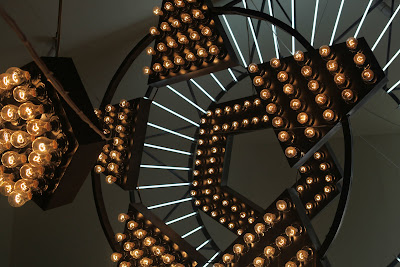 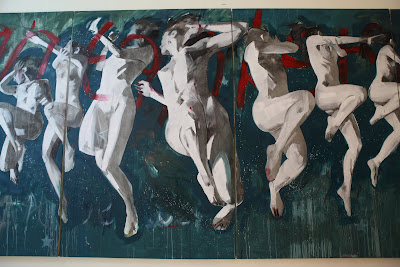 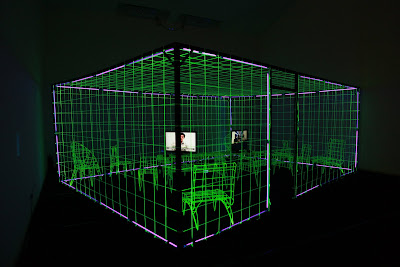 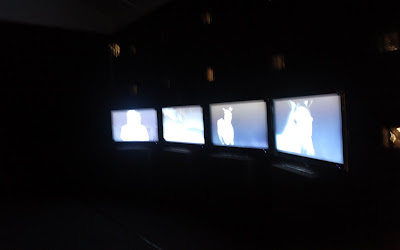 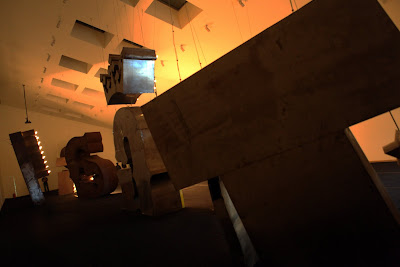 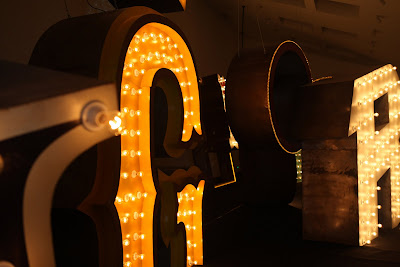 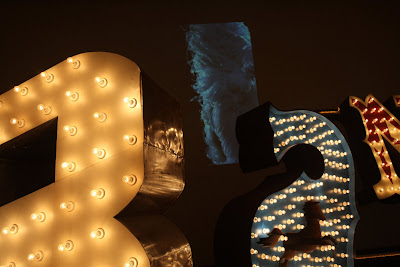 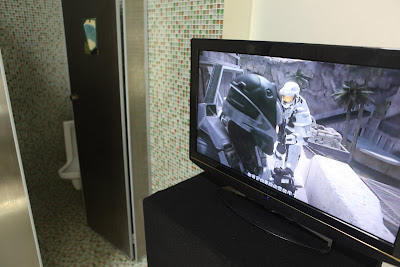 Most people have heard of 798 but in the last year many artists have been heading out to the cheaper, quieter and more spacious new art district. The government has a hand to play in this as it offered free land to well known artists if they were prepared to move to the new district. The artists did not hesitate to take the opportunity to move to free land and have built amazing, huge art studios and there are already 5000 artists living and working in SongZhuan and 200 galleries in various states of construction! That's some serious art activity! The entire district is like one big construction site right now but in a couple of years it should be the main art district for the whole of China. It's incredible on many levels but incredible isn't always good. Time will tell. It's a bit out of the city but the government have obliged by building a direct underground line specifically to the centre of the art district.

Friends of ours from Hong Kong had built an enormous and beautiful space, naming it G Dot, and, though new to the art world, were enthusiastic and supportive in offering us the space and resources to make it happen. It was kind of a no-brainer.

Super nice people, the owners and their staff were so helpful and accommodating. We had the most fun there and were so well looked after. Valerie Doran, who played an important part on building Hope and Glory in Hong Kong, stepped up as curator and spent some time up in BJ re-configuring the project to work in the space (at 10000sqft, half the original show space in HK).

She decided to focus on particular parts of the show so it wasn't quite the same experience as HK but beautiful in a very different way, less intense for sure but peaceful, like an epilogue.

The show is on until July and open every day from 10-8. The opening was a great success, especially considering it's a bit of a trip to get there but especially because some of China's greatest art critics turned up and spent all night wandering around, it added real credibility to the night. Will be interesting to hear how the show is received over the coming months. The opening was sponsored by Absolut vodka who helped us out in HK too so we all got pleasantly shitfaced and had a great night.

We are all incredible grateful for the opportunity to have the show rebuilt in Beijing. A huge thanks to all involved.

China just barrels forward, such an unstoppable force. It's evident everywhere as you drive around through the sand blowing in from the desert which coats the entire city in a fine coat of dust. As we drove across to 798 from SongZhuan we passed a neighborhood of construction rental equipment. That non-stop journey took 20 minutes. Hundreds upon hundreds of yards stacked with cranes, cement mixers and trucks. China does things on such a ridiculous scale. 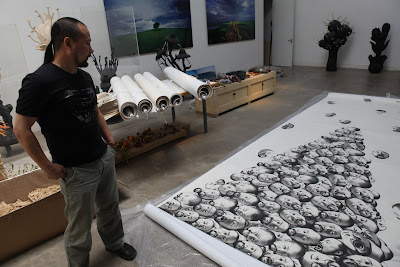 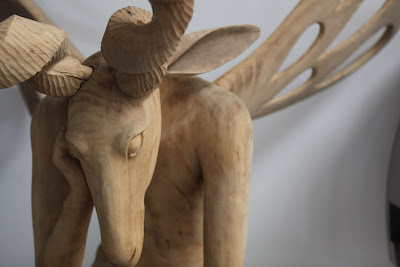 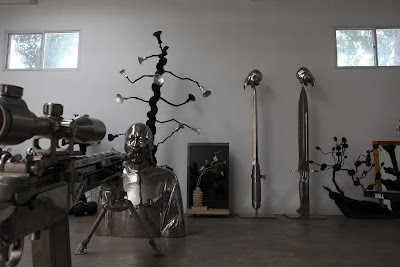 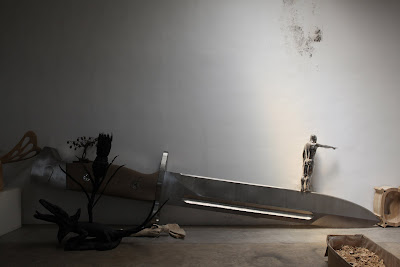 In 798 it's business as usual, busy with tourists wandering the vast, slick, exhibitions spaces. Another neighborhood with a different type of construction business. I caught up with artist friends and not surprisingly the talk was of Ai Wei Wei (and many others in this current wave of locking people up, human rights lawyers, artists and poets amongst them). People were not surprised the authorities finally took him in but all were fearlessly supportive. Many of the artists I know there have already served time in jail for their work and do not fear that possibility again. It's humbling to be amongst artists who's idea of risk, who's commitment to their vision is on a whole other level.

We should all be grateful to the freedoms we have in our city and we should all support those who don't have it so easy. There was a time when people here stood up for their rights, which is why we enjoy such a comfortable life today. I feel strongly we are obliged to do the same for others. 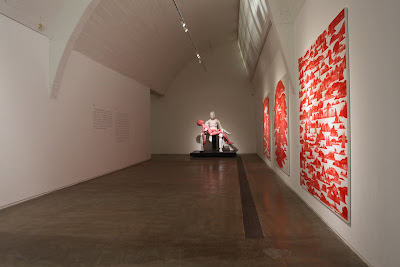 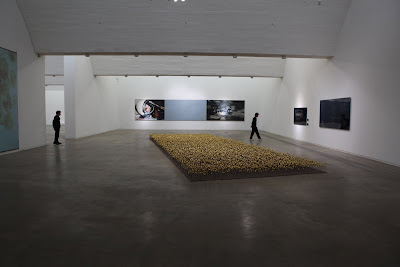 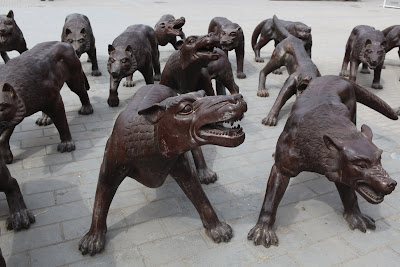 Back in Hong Kong now and finishing up new works for the Hong Kong show, my second major project of the year. It's called 'Laughing with a Mouth Full of Blood' and will open May 19th at the Museum of Medical Science, a beautiful Edwardian heritage listed building in Central, kinda between Caine Road and Bridges street. Most people don't know of it but it's such a unique building with a fascinating history as it was built, originally on the site of the plague outbreak in the late 19th century, as a bacterialogical insitute. A Hong Kong doctor was one of the first scientists to see the virus through a microscope right there as the plague spread across Asia killing 17 million people.

It's relevant now as we are in an age of a different kind of virus, the spread of information through social networks. This connectivity interests me as an artist. Hope and Glory discussed this a little and my next mega-project does this even more thoroughly but I'll tell you about that one later in the year....

My show is paintings of people, bodies, heads. Naked flesh that would have been the subject matter of the museum when it was first built. The body, it's fragility, it's vulnerability and the invisible forces at work on it and in it. As those doctors would have scrutinized the body, so I dissect and re-assemble with oils and canvas...... 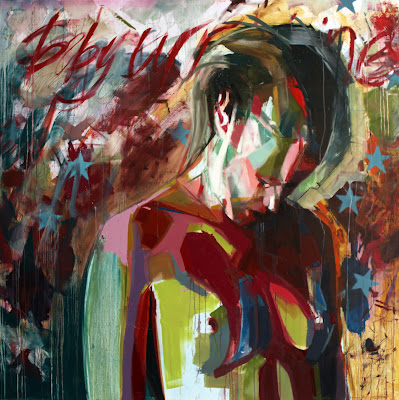 The HK show is just paintings, no crazy installation. Though I love that kind of stuff, my passion for painting never ends so I've been hiding away for the last year producing new works and I hope that you will all come and take a look. The show is on for 6 weeks.

The show has presented a number of problems. Normally I would show at the wonderful 10 Chancery Lane Gallery but this year the timing was a bit off and I was on the lookout for an alternative space to show work. The Museum is not quite a gallery so we've had to temporarily and very cautiously re-design the interior, produce all the PR material, invites and catalogues, manage the PR, opening parties and on and on. All a huge amount of work and cost which is normally taken care of by the gallery representing the artist but with no gallery for this show we have to start from scratch, temporarily become a gallery. When I say 'we' I mean my new company, Future Industries (www.thefutureindustries.com).

After the enormous difficulty in producing Hope and Glory I decided to try to structure things more professionally for the future, so, I managed to gather together some like minded people and form a new organisation that can manage me, my projects, support other artists, all kinds of art related events, unrestricted and energised. We take all the experience of Hope and Glory, dealing with corporate, government, construction, PR, etc and focus it on future art projects. We have a long term plan for many pop-up art projects both here and abroad.

The new painting exhibition is the first of these FI projects. It will be our first test to see if we can successfully present, produce and manage an art exhibition (on a very different scale to Hope and Glory). We got ourselves an awesome manager, Laura, an office space and a few staff (always looking for interns!) and we're hard at work on the current shows and planning some awesome stuff. Stay tuned.... 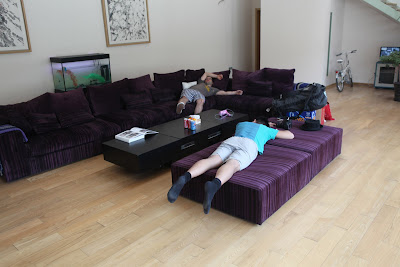 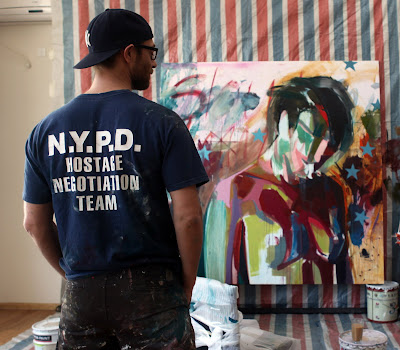