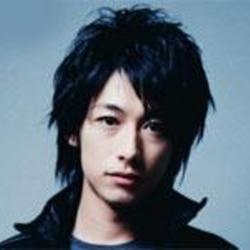 Born and raised in Japan,Dean Fujioka have always wanted to see the world from his own eyes.

He chose Seattle for his college education. Soon after his graduation, he decided to explore more by traveling and make a photographic journey of himself adventuring across Asia. It had sharpened his sense of culture, music, poetry, design and arts, in many forms of thoughts and concepts. Hong Kong became his first step to pursuing a modeling and acting career.

After fate had brought him as one of the Top model in Hong Kong, he got a role in a Feature Movie, 'The August Story', which caught a lot of attention from audiences all across Asia. His role in the Taiwanese drama "Miss No Good", also made him the future in-and-about Japanese actor, who made it big outside Japan. One thing leading to another, now he is becoming a culture icon, for Deans people - those who are influenced by his passion , 'one that is bigger than life itself '.

Everyday is an ongoing learning process for Dean. Fluently speaking in English and Chinese, when he is away from the spotlight, he loves photography, writing poetry, and making music. Dean represents his work, thoughts and passions, to the world through films and music, in front and behind the camera.

Currently, Dean is traveling across Asia for the making of his first album and working on various film assignments