Google's Schmidt says solution to censorship is 'encrypt everything'

November 22, 2013Planned J. R. R. Tolkien biopic will reveal the mind behind...Pharrell Williams debuts 24-hour, interactive music video...Organ transplants between HIV-positive patients now...Sony will shrink movie division in order to keep it aliveGoogle celebrates 50 years of Doctor Who with a...Deezer music streaming is coming to the US next yearDropbox releases major iOS 7 revamp with cleaner design and...A look inside the Xbox One and PlayStation 4

Previous StoryFCC to consider allowing cellphone calls on US flights, reports WSJNext StoryAT&T, Sprint and T-Mobile will stop charging customers for spam textsCultureGamingThe studio behind 'The Walking Dead' is reportedly making a 'Game of Thrones' game 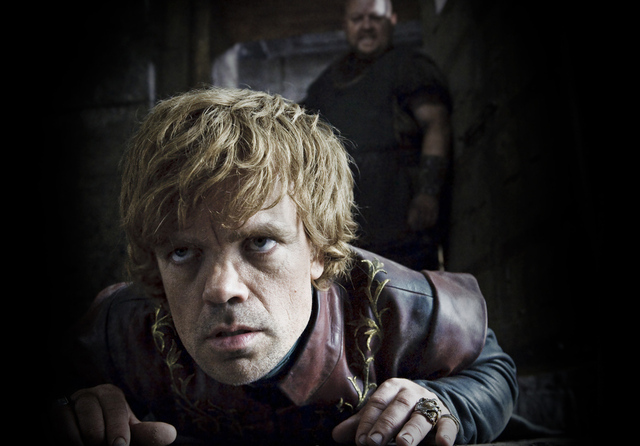 Telltale Games only recently revealed details about the second season of The Walking Dead, but it looks like the studio might have another big project in the works as well. According to IGN, Telltale is currently working on a new series based on George R.R. Martin's Game of Thrones epic. Unfortunately, there are no details for what the game will look like, how it will play, or whether it will follow the books or the HBO series. While it's still unconfirmed, Game of Thrones does seem like a good fit for the studio's moral decision-heavy style of adventure games -- Telltale also seems to enjoy killing off characters almost as much as Martin. Most recently the studio used that same formula for the excellent debut of its latest series, The Wolf Among Us. Telltale isn't saying whether the report is true. "We get these sorts of rumors about what we could be working on next cropping up all the time," Telltale's Steve Allison says. "Officially we have no comment."

Sony will shrink movie division in order to keep it alive

Deezer music streaming is coming to the US next year

FCC, Instagram, and 'The Strain': 90 Seconds on The Verge

about 10 hours ago1 comments

Inside the Xbox One and PlayStation 4

about 12 hours ago3 comments

about 13 hours ago5 comments

about 17 hours ago1 comments

Just ordered XBox One on Microsoft.com

about 3 hours ago by ryallen23

about 4 hours ago by hemi79

about 4 hours ago by Antonis4274 comments

Do you think iWatch will have an auto-rotating circular screen?

about 5 hours ago by bootareen3 comments

about 6 hours ago by ATOF2 comments

Designed in collaboration with Code and Theory.

We'll email you a reset link.

In order to provide our users with a better overall experience, we ask for more information from Facebook when using it to login so that we can learn more about our audience and provide you with the best possible experience. We do not store specific user data and the sharing of it is not required to login with Facebook.