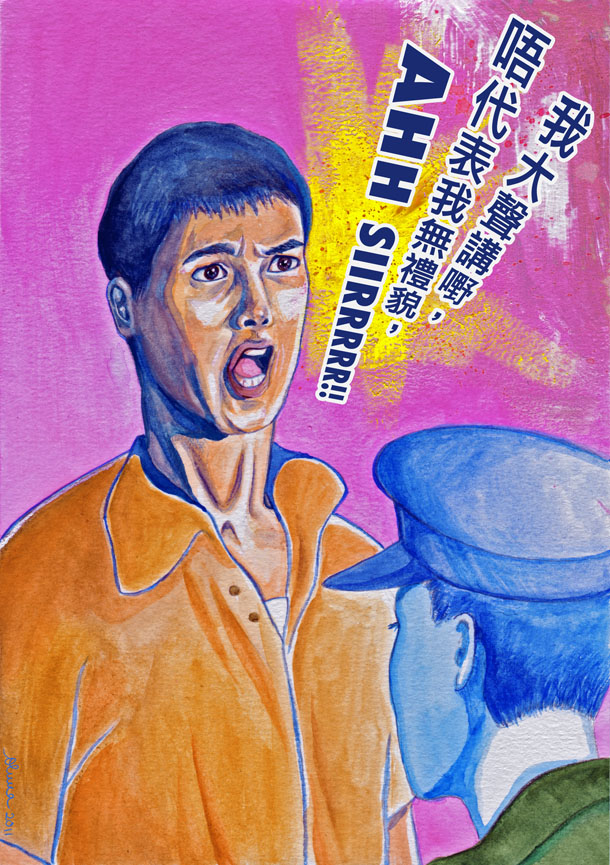 New drawing! This is a remake drawing based on a classic Hong Kong movie called Prison on Fire (監獄風雲), which was filmed in 1987, starring Chow Yun Fat (周潤發). (And of course, this was long before Chow Yun Fat made his first Hollywood debut and became an international movie star.)

This drawing features his famous quote in the movie "Just because I'm talking loud doesn't mean I'm impolite, AHH SIIRRRRR!!". "Ah Sir" (yes, along with "Ah" instead of "Sir" alone) is a term we Cantonese speakers use to address certain people from the authority, for instance, a policeman or a teacher. In this scene, Chow Yun Fat is fronting a jailer who has been picking on him throughout the movie, which is why he looks so angry.

Check out the original sketch and read more about the story on my art blog.

Hi! My name is Olivia a.k.a. Olivia Lazybonez a.k.a. Olive*tea. I'm a starving artist based in Hong Kong, trying to survive in this world! Well, maybe not quite