GETTING PERSONAL WITH DRU CHEN (Photo by Edwin Tejoz) Some time last year, I came across this video on YouTube. Charlie Lim was jamming with this other guy. They were doing a cover of a D’Angelo song called “Lady”, and my ears pricked up! Who IS this guy? He’s really not bad at all. Actually, he sounds pretty awesome! That was how I first came to know about Dru Chen and his brand of pop, funk and soul music (or “neo-soul music”, so it’s been called by some). I finally got to meet him last month, he was going to perform with Bec Laughton and Gareth Fernandez, so I decided to go along and watch him play at Music Matters Live with HP. I wanted to see if he was really all that he seemed to be on YouTube. Let’s just say that he was even more impressive when he played live. As it turns out, one thing led to another, and I found myself having this one-on-one interview with the man himself. We were sitting at a table in this lovely Irish pub called Molly Malone’s at Boat Quay. Dru was doing 3 sets that night, but between sets, he made time to chill out and chat with me. So what’s he like in person? Ooooh, don’t let me spoil it for you, just have a read of what he said during our interview, and see for yourself what a warm, talented and understatedly charming guy he is.

Q: How did you get started playing music?

When I was 5, my parents got me this little Casio keyboard. 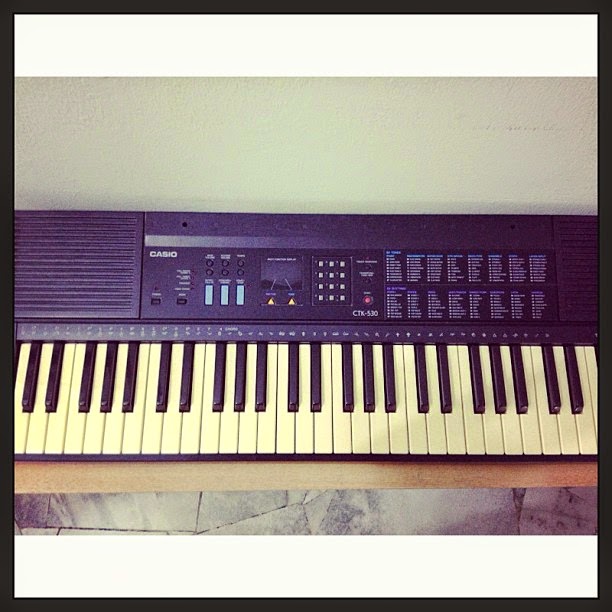 They enrolled me in a group class in Eltham North (a little country suburb out of Melbourne) with a bunch of kids. Our teacher quickly figured out that I was learning faster than the other kids so my mum started me on one-to-one tuition with a private teacher. Her name was Ms. Thompson. We moved to Singapore when I was 7 and my parents tried to get me in a piano program but it was full, so they enrolled me in violin instead. I ended up learning both classical piano and violin for 11 years. At the same time, I picked up the guitar, bass and drums on my own in Middle School. I studied at OFS (Overseas Family School) and our music teacher was kind enough to let me into the music room after hours when everyone had left. I practiced in that room for hours from the age of 13 to 16. It was then I started writing songs and performing them in cafes and bars. I moved back to Australia at 17 to study music full-time at Queensland Conservatorium of Music. Yup!

Q: At what point did you decide that music was going to become a career for you? I think I realized pretty young, around 12 or 13. I used to get obsessed with things and go through phases as a kid. When I was a toddler, I used to obsess over fans for some reason, like literally pedestal fans, ceiling fans and whatnot. Then it changed to cars when I was 5 or 6, then Basketball. The last one was music. I’m still obsessed!

I was blessed with a good ear and I practiced by arranging music for school bands, playing a variety of instruments during school concerts.

The harsh realities of the business kinda hit me after I graduated uni, as the music profession is a windy one with no definitive “pathways” to follow. However, through the encouragement of my peers and mentors, I’ve managed to stay on track! I still teach and play sessions, but my main focus is my original music.Q: What’s been great about being a musician so far?

The ability to express yourself through your own songs both onstage and in the studio is the greatest feeling.

Travel is another huge plus, especially if the purpose is for music. When you see foreign audiences reacting wonderfully to your music, you can’t help but feel the universal power of music. I’ve been fortunate enough to have played shows all around Australia, Singapore, Malaysia, The Philippines, and shortly I’ll be heading over to the US.Q: What are some of the challenges you face in pursuing music professionally?

Not knowing what tomorrow brings! Constantly being on the road or being in flux with no sense of permanence. It’s also an emotional rollercoaster ride because all a myriad of factors (fear of failure, actual failure, missing home, missing friends, relationships, shows not going as planned, logistical issues, nervousness, sleep deprivation, wacky schedules). I think I’m learning to deal with these things better as I get older.

Q: You play many musical instruments, but which one do you enjoy playing the most, and why?

Oooo, this is a hard question! I go through phases of liking the piano more than the guitar and vice versa, but ultimately I’m a guitarist at heart. I’m particularly attached to my main guitar, the white Fender Stratocaster. 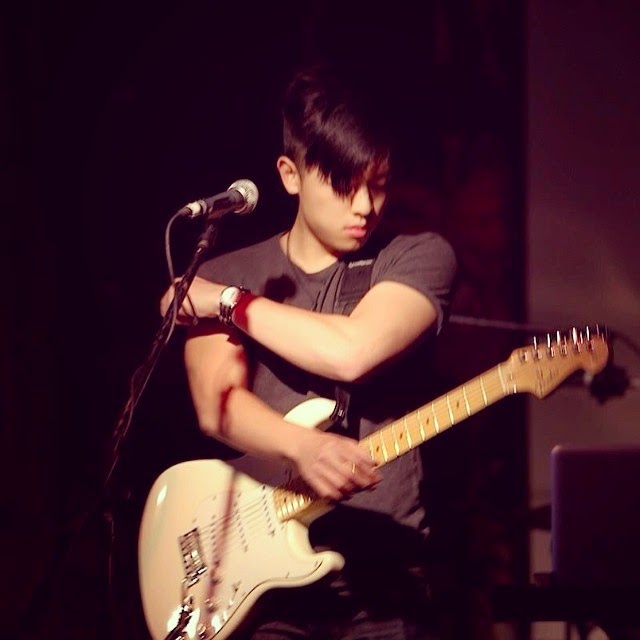 This guitar has been with me through thick and thin. Every country, every nervous gig, every recording session, every break up, it has become a part of me. Q: Tell us more about your songwriting process. How do you do it? Is there some kind of method or ritual to it for you?